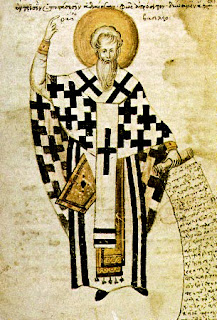 I have posted a draft. I would be pleased to get some feedback.

The book is serious, but it's readable and relaxed. The book took me a long time -- partly because I'm undisciplined, but partly because I wanted to understand the people I was writing about. Understand: for people like these, "understand" that means "appreciate and enjoy." I like these men and women, and I tried to make it easy for you to like them too.

Cause. Movement. Supporters. I sort of know what that stuff is all about. And it’s got almost nothing to do with why I’m a pro-lifer. When people talk about the political “movement,” I listen, but wonder if they have any idea what they’re talking about.

I should say first that I have immense respect and affection for you. I understand your commitment to protecting women from assholes, and I applaud it. I disagree with some details, perhaps.

I opposed the war in Vietnam. Much of my opposition was because of my brother’s death there. Let me try to make this clear, because it’s not a simple and predictable thing. When I heard my brother was dead (on my 18th birthday), a deep and permanent part of my reaction was about the Vietnamese soldier who fired the mortar that took off the back of his head. I was sorry for the guy. I didn’t blame him; he was defending his country. I don’t know who he was.  I doubt very much that he was aware that he had killed anyone, although of course he was trying to; mortars kill from a distance. But there is a guy who killed Roy. Everyone dies, but not everyone kills. I’d rather not be the person who killed someone like my brother. For all eternity, that’s a part of who he is: he’s the guy who killed Roy. Damn, what a bummer.

Pretty promptly, I was deeply convinced that the guy who killed my brother was in far worse shape than my dead brother. I understand that that’s a little weird.

I am convinced, right to my toes, that guns do huge damage at both ends. The person in front of the gun gets hurt or killed. The person behind the gun becomes a killer. Getting killed is not a big deal: everyone does it. I’m nervous about dying: you can’t practice, you only do it once. I’m nervous, but I am not afraid. Killing someone, on the other hand, is a big deal, and it’s not good. Or so I think.

My brother shot his weapon a bit, but I don’t know whether he killed anyone. I don’t think he knew either. He was a sentry one night when his unit was under siege, a Special Forces camp in Dak To. He heard noises on the hill, and fired; but in the morning, no one was there. I pray with everything in me that he never killed anyone.

When I first bumped into abortion, this was what was in the back of my mind.

I had a friend who explained her decision to get an abortion. She wanted my support, and I gave it to her as well as I could. But she went on and on, explaining and explaining. And slowly, it grew on me that I had seen this before, this pain in the heart in the person behind the gun. I didn’t judge her; I wouldn’t know how to begin to judge her. I was just puzzled. When I started to figure it out, I thought that she was a mother, and her child was dead, and she couldn’t mourn because she was in denial. That’s what I thought, anyway.

I didn’t know what to do. I listened, and loved her.

I read King on nonviolence, and his stuff made sense to me. Nonviolence protects blacks from exploitation, and protects whites from turning into monsters. Who does it help more? It seemed obvious to me.

For some time, I wasn’t too interested in the pro-life movement, because I thought they were a bunch of self-righteous prigs. But there was a guy from the Catholic Worker House in Boston who used to picket at Harvard Square, protesting abortion, and he intrigued me. Ignatius O’Connor. He was seriously ugly, but he had bright bright eyes and an irresistible smile. Then I met Dr. Joseph Stanton, a leader of the pro-life movement in Massachusetts. He gave me a book about Franz Jagerstatter written by a friend, Gordon Zahn. Jagerstatter was an anti-war activist, beheaded in Berlin in 1943 for refusing induction into the Army of the Third Reich. He had been radicalized by his encounter with abortion. Bit by bit, I got pulled in … into a movement.

That’s where I started, and I didn’t change much. But the movement changed, over time. I gave a workshop at the National Right to Life Convention one year, and got tossed out (cops, orders to depart, all that stuff) of the convention a few years later. I wrote for National Right to Life News, but got fired because I was too liberal. I worked for American Life League, but got fired for who-knows-what liberal shit. I worked for Human Life International, but got fired for smelling like a union organizer. (I wasn’t organizing, but I appreciate the thought.)

Almost every person who was ever arrested blocking the door of an abortion clinic had read a lot of my stuff, although my writing was in the public domain and usually didn’t have my name on it, especially when Protestants used it. I helped start rescues in all 50 states, and in Latin America and Korea and all over Europe. But when the “nonviolent” branch went crazy and hid a murderer (Jim Kopp), I lost a long list of friends trying to get pro-lifers to denounce what he did. I became persona non grata in the part of the movement that I had built.

I fought racists for control of the pro-life movement. I thought we had won easily in the 1980s. But today, Buchanan’s people hold the leadership.

I’m aware of the movement, and I know far better than most people what went wrong. But movement craziness doesn’t change me. I buried bodies, hundreds of little bodies with blue eyes, and I’m committed, even if I’m alone (again). I don’t judge, but I mourn for the dead.

Liz, you and I don’t agree about abortion. I have huge respect for you, but we don’t agree.

But I can’t change who I am.

I say again: I feel much closer to you than to many pro-lifers, because I know you will fight for people in danger, people in need (people you recognize). I’m proud to know you. But even for you, I can’t change who I am.